I've made no secret of my distaste for raising financing in the world of film and television. It's quite often thankless, soulless, fruitless, feckless and leaves you feeling like you need a cold shower at the end of each day. I feel fortunate to have cultivated enough other skills as a producer that I don't have to raise money any longer. 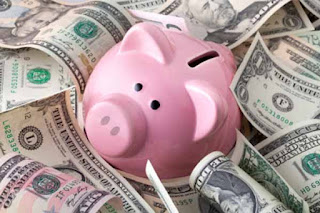 However, I do sometimes consult with clients on their fundraising endeavors, and the question I get asked most often is, "What do investors look for?" Now, that question could be answered a dozen different ways by a dozen different investors. Sure, there are those guys who just want to hobnob with stars, see their name in lights or get their niece a role. Some are so rich, they don't care if the film loses money because it's just a tax write-off.

But for the majority of investors, ROI is a genuine concern and they want to make sure they're forking over their funds to someone who's going to get them more in return. That said, I've found that most investors are usually interested in knowing three things:

In order to give a viable answer, the best thing to do is work with a line producer to break down, schedule and budget your script in a way that fits your goals. There are many ways to budget the same script, so the line producer will want to know things like how big you see the film, how wide you see it being distributed, who you see in it and, most importantly, how much you think you can raise.

It's up you, the filmmaker, to determine a recoupment scenario that's attractive, including a premium, profit share and waterfall that ensures ROI. It's best to create a pitch deck complete with talent wish lists and then work with a sales agent to determine which combinations of those actors will justify the recoupment scenario you want to propose. Show your investors a viable path to making money.

Suppose an investor has 20 projects on his desk, all with scripts, budgets, pitch decks and sales estimates. Then what? How do you differentiate yourself? What does your project have going for it that the others don't? This might include things like preexisting IP, a director or actor attachment, interest from a distributor, or another piece of financing already in place. Whatever it is, make sure to stand out.

Hopefully this provides some insight and inspiration for your next fundraising endeavor. Now go find that money!
(Better you than me.)